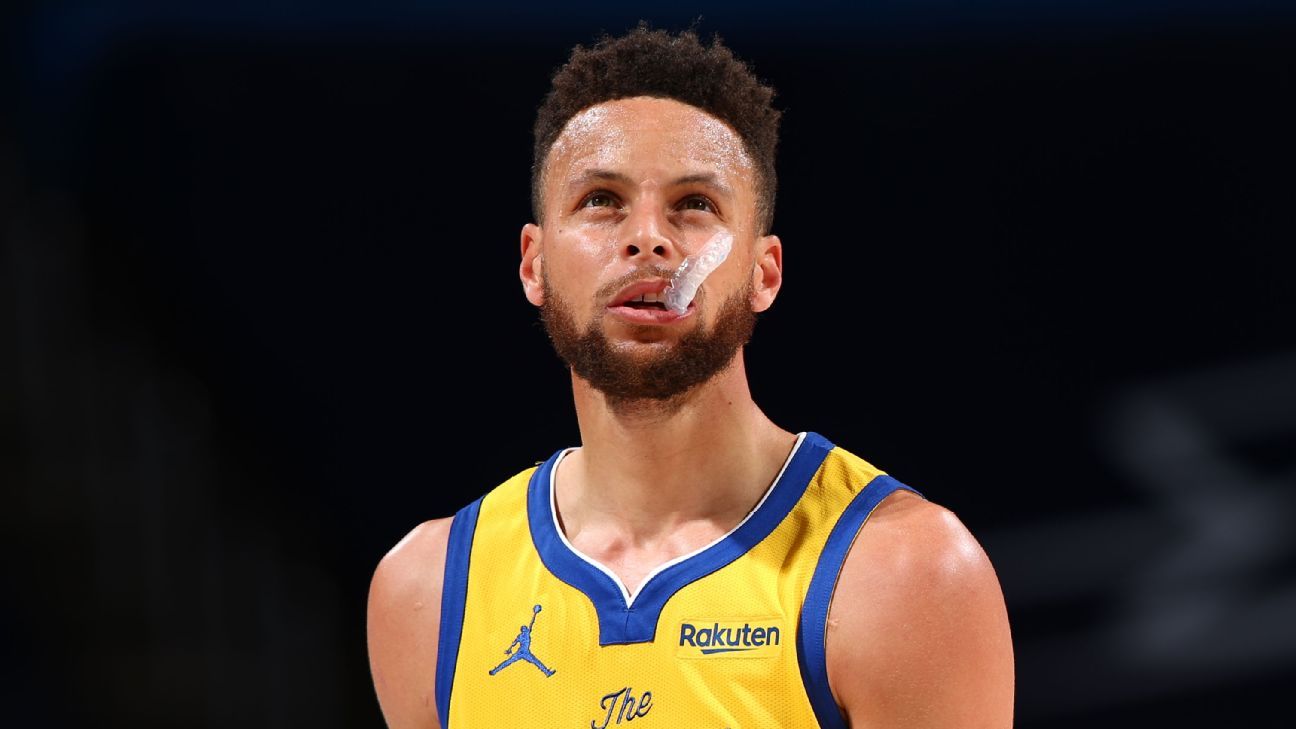 In the midst of one of the hottest streaks of his brilliant 12-year career, Golden State Warriors star Stephen Curry had to chuckle when asked if he’d like the NBA single-game 3-point record back from his longtime teammate Klay Thompson.

The topic of Thompson’s record of 14 3-pointers, a record he took from Curry in October 2018, after Curry made 13 3-pointers in November 2016, came into view on Wednesday as Curry hit 11 in 29 minutes. Curry also made reference to a different Thompson record — his 37-point third quarter in January 2015, given that Curry scored 25 points in Wednesday’s third quarter, went 8-for-8 from the field, and was still 12 points behind Thompson’s mark.

“I was kind of joking with some of the guys tonight because I remember Chicago and he did it in three quarters,” Curry said of Thompson’s 14-point record. “His 37-point quarter was even crazier because I had 25 tonight and it just seemed like I was invincible out there — this dude had 12 more points in the same amount of time so that was crazy in and of itself.

Despite not being able to eclipse Thompson’s marks, the numbers have been eye-popping for Curry recently. Wednesday marked the eighth straight game he’s scored 30 or more points, the longest such stretch in his career. With 11 three-pointers on Wednesday, it marked the second time in his career he’s had back-to-back games with 10 or more threes.

Curry scored 53 points in Monday’s win over the Denver Nuggets — a game in which he passed Wilt Chamberlain to become the Warriors’ all-time leading scorer. Wednesday also marked the 25th time this season Curry scored 30 or more points and it came on a night when the Warriors tied a franchise record with 24 threes.

“It seems like every night even though I say nothing surprises me, I’m still in awe of the shot-making,” Warriors coach Steve Kerr said. “It’s just incredible the level of confidence and skill is just stunning. It’s beautiful to watch. It’s a man at the peak of his powers with a lifetime of training and work, and not just on his body, but on his mind. This is a guy who is functioning at a level that very few human beings ever function at in their particular field. It’s just beautiful to watch.”

Even Curry admitted that it’s one of the best stretches he’s ever had in his career — a career in which he’s already won two MVP awards. In seven games this month, Curry is averaging 39.5 points, seven rebounds and 3.8 assists a game. He’s also shooting 46.2% from beyond the arc.

“Context of seasons are always different,” Curry said. “But this is — obviously the numbers, 30-plus and all that — is the longest streak so that’s a good vibe there. Arguably the best I’ve felt physically and in rhythm, shooting the ball, just seeing the game, so trying to make it last as long as I can.”

Curry has been so hot that when Kerr joked with him to go back in the game late in the third quarter, Curry went to start jogging back to the table before Kerr stopped him.

“I told him he was going back in and he didn’t understand the joke,” Kerr said. “He just wanted to run back onto the floor, that’s how hot he was.”

After years of watching many of Curry’s record-setting performances, Warriors forward Draymond Green and the rest of his teammates know they are seeing something special.

“He’s been great,” Green said. “I’ve seen that a lot of years, so I can kind of tell when he comes out, just the look in his eyes, the attacking from the beginning, what type of night it’s going to be for him. So he’s had that a lot lately and hopefully we can continue to help him and turn that into wins.”

It’s also noteworthy that Curry, who has been dealing with a painful tailbone injury since falling on a riser during a March 17 win over the Houston Rockets, said his body is feeling good again.

“[The injury] might have maybe focused [me] a little more,” Curry said. “Because it kept me more alert at the beginning trying to manage the game and understand that I would try not to fall on it as much. And then as I’ve gotten more comfortable just found a really good rhythm.

“I think the work that goes in behind the scenes of trying to get ready for every game, trying to get your body and your mind ready to play, coming off an injury like that has helped so never too high, never too low, but I feel really good right now.”