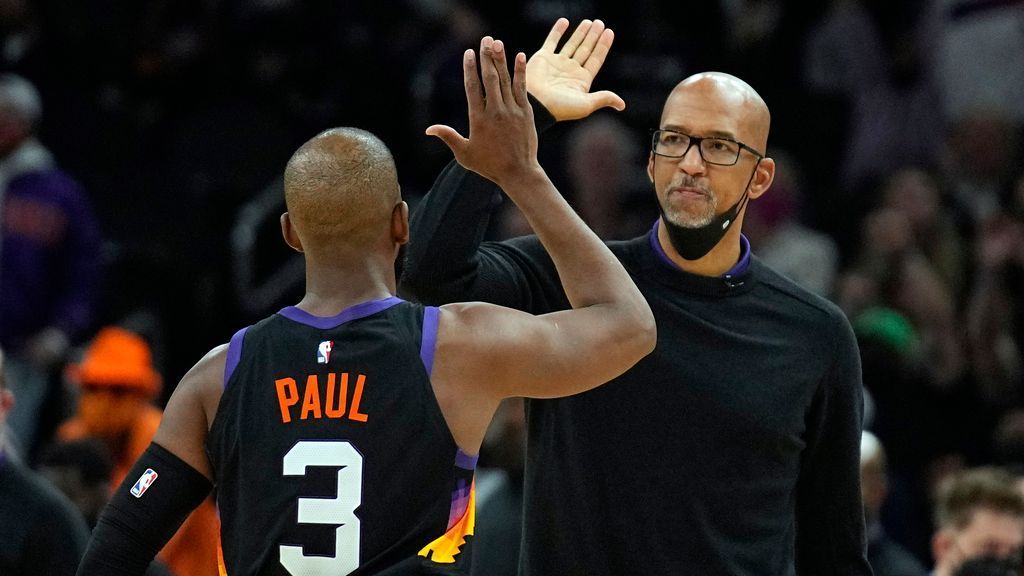 The award comes a year after Williams finished second in voting, just 11 points behind winner Tom Thibodeau of the New York Knicks.

WD > WS…Congrats Coach Mont on Coach of the Year!!

Under Williams, the Suns finished with an NBA-best 64-18 regular-season record and earned the top seed in the Western Conference playoffs. Along the way, they won a franchise-record 18 consecutive games and they also went 16-0 in November, which was tied for the second-most wins in a month without a loss in league history (the Atlanta Hawks went 17-0 in January 2015).

Last month, Williams was honored with the National Basketball Coaches Association Coach of the Year award for a second straight season.

Before the past two seasons under Williams, it had been 10 years since the Suns had finished with at least 50 wins in the regular season, and last year’s NBA Finals trip was their first since Charles Barkley led them there in 1993.

Jenkins led the Grizzlies to a franchise record-tying 56 wins and the second seed in the Western Conference.

Spoelstra, the NBA’s second-longest tenured coach behind Gregg Popovich of the San Antonio Spurs, piloted the Heat to the best record in the Eastern Conference despite a revolving door of injuries to Miami’s key players.