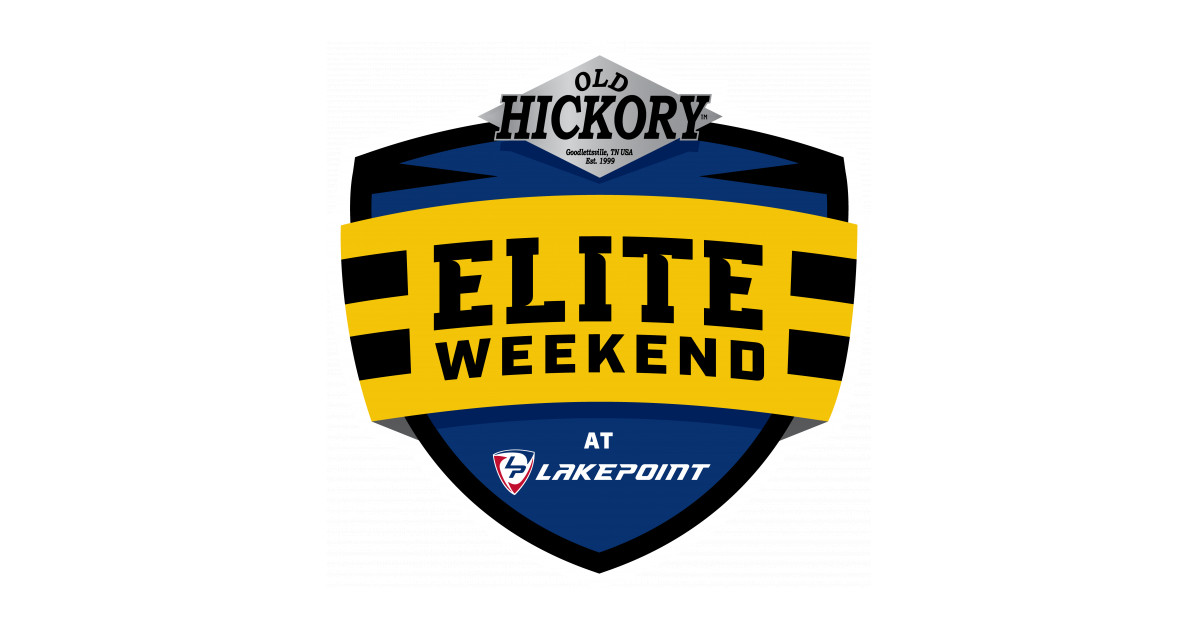 The weekend’s excitement features something for all guests, including live music courtesy of a DJ, partner promotions, food and beverage specials and live broadcasts from 680 the Fan, the best sports talk radio station in the southeast and the flagship station of the Atlanta Braves. As the title partner of the Elite Weekend, Old Hickory will be running product demos, distributing giveaways and raffling off a bat signed by four-time MLB MVP and Old Hickory endorser Mike Trout.

“We are thrilled to partner with LakePoint Sports for the ‘Old Hickory Elite Weekend,'” said Travis Copley, VP of sales and marketing for Old Hickory. “We have been a partner with LakePoint since 2020 and regularly exceed our business objectives. Being the title partner of the Elite Weekend allows us to get our product in the hands of the best travel baseball players in the country who will participate in Prep Baseball Report’s National Program Invitational. We expect several of these players to be in the Major League, hitting the best bats in the business.”

“We succeed when our partners surpass their business objectives,” said Greg Barckhoff, executive vice president, partnerships and marketing at LakePoint Sports. “We are thrilled to see Old Hickory expand its partnership with LakePoint and be the title partner for the ‘Old Hickory Elite Weekend.'”

The LakePoint Sports Baseball Village will host Prep Baseball Report’s (PBR), the country’s leading and most respected scouting service for amateur baseball, National Program Invitational (NPI), an invite-only event featuring the best travel high school baseball teams and players in the nation. Teams and players from as far away as California, Texas and New York will showcase their talents in front of hundreds of pro scouts and college coaches starting Thursday, June 9.

“While the nation’s top baseball prospects are the focal point this weekend,” stated David Pate, director of marketing at LakePoint Sports. “We are excited to host athletes and families from a variety of other sports, including beach volleyball, basketball and soccer.”

Beach volleyball athletes and fans will descend upon the LakePoint Beach Pavilion for the sold-out Rally Volleyball Georgia Sand Classic starting Saturday. Top teams from across the southeast will compete in pool play all day Saturday and Sunday morning before playoffs begin Sunday afternoon.

The LakePoint Champions Center will be packed with guests as all 12 basketball courts will see competition from the rising generation of basketball stars in the RYZE Hoops Junior June Jamboree. The tournament will feature Georgia’s best 10- to 14-year-old players.

All four venues will be in action for the sold-out weekend, with the Multi-purpose Fields Complex playing host to soccer’s rising stars competing in the Southeastern Club Champions League. For many of those players, it will be the first time competing on the newly renovated fields.

“Demand to compete at LakePoint Sports has been at a fever pitch,” said Pate. “The ‘Old Hickory Elite Weekend’ is the third of six sold-out Champions Weekend of the year. We are excited to partner with a great brand like Old Hickory, which is kicking off the first of three Champions Weekends this summer and creating lifelong memories for all guests on campus, one experience, one game and one guest at a time.”

Fans, scouts, coaches, and media who cannot make it to campus can catch all the action via LakePoint Live, powered by PlaySight. LakePoint Live features more than 130 HD cameras across campus, with over 70 cameras in the Champions Center and 56 cameras across all eight major league-sized baseball fields (seven cameras per field) and multiple angles by court or field to catch the live action or download for viewing it later. For details, check out LakePointSports.com/LakePoint-Live.

About LakePoint Sports
LakePoint Sports, the premier travel and youth sports destination in the country, serves athletes in more than 30 sports year-round, including baseball, basketball, volleyball, soccer, lacrosse, gymnastics and cheer. Based in the greater Atlanta area, the 1,300-acre LakePoint Sports campus features the 170,000-square-foot Champions Center with the world’s largest continuous wood floor where 12 full-court basketball games or 24 full-court volleyball games can play at once. Additionally, the campus includes eight Major League-sized baseball fields and three multi-use fields for soccer, lacrosse, rugby and football, as well as a 10-court beach volleyball pavilion and a three-lake wakeboarding park. LakePoint Sports is the flagship campus for Prep Baseball Report (PBR) and offers live streaming and video-on-demand capabilities, serving as the global testing site for PlaySight Interactive. For more information, visit LakePointSports.com.